Using Sentinel-1 Synthetic Aperture Radar (SAR) imagery we can illustrate the areas flooded or covered with water, even when the affected area is still covered with clouds. Sentinel imagery is freely available from //scihub.copernicus.eu/dhus/#/home. The Sentinel-1 imagery used to assess the effects of flooding for this event over Beira (Mozambique), was from Sentinel-1A for the 13th of March and Sentinel-1B for the 19th of March. Using this information in collaboration with ancillary data, Disaster response teams can effectively respond to flood related incidences and better coordinate rescue efforts.

One of the datasets could be the Flood Risk Potential product, developed by Esri South Africa, which simulates water level rise in natural drainage channels. The Flood Risk Potential was modeled using the JAXA ALOS 30m Digital Surface Model (DSM) dataset. The DSM was downloaded for the area of interest and applies hydrological tools to model water flow and the formation of natural drainage channels. This type of information is pertinent to Disaster Management teams before, during and after such flooding events. Before any flooding occurs, disaster management could plan potential evacuation or the location of potential rescue shelters and helicopter landing sites.

When looking at the extent of flooding using SAR data and overlaying the Flood Risk Potential data, there was a direct correlation to the areas that were flooded and where the model had suggested flooding may take place. This can be seen in the images below. The black points indicate building structures as extracted from Maxar (Digital Globe) imagery by EcopiaTech. This data was made available by Maxar in support of flood relief planning.

The 5 images below represent different datasets as they get overlaid with each other.

Image 1: The study area overlaid with the EcopiaTech Building Footprints.

Image 3: SAR data from Sentinel-1B from the 19th of March 2019 with a Vertical-Horizontal polarization. Dark blue illustrates areas that are covered by water.

Image 5: This map shows the overlay of the Flood Risk Potential, SAR and EcopiaTech data. The areas with the darkest shading represent where flooding actually took place from the SAR data and the Flooding model simulated water level rise from natural drainage lines. Where there is a black dot in a darkly shaded area, a dwelling was most likely affected by the flood that could have been warned beforehand. 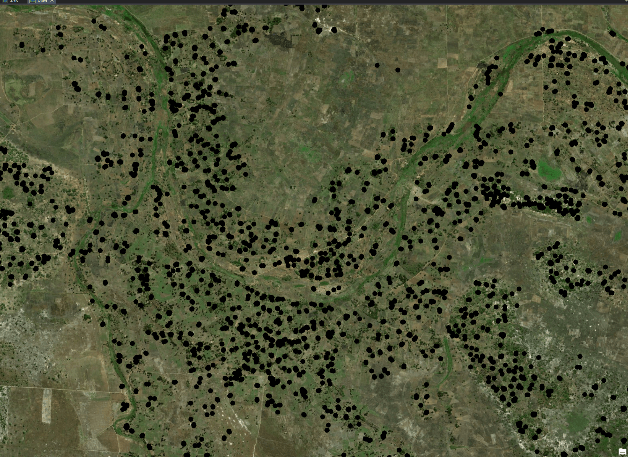 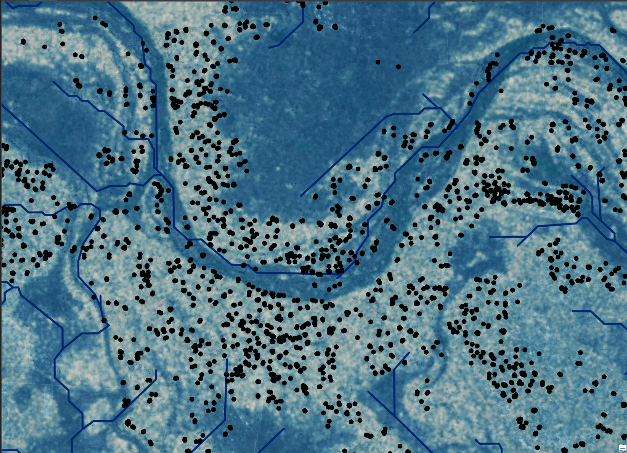 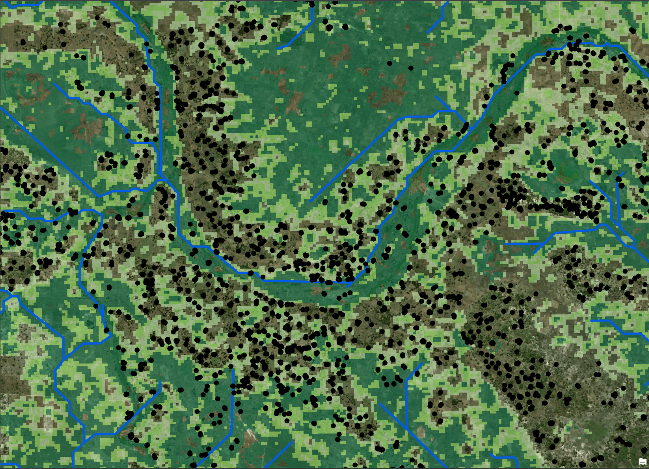 The second image after Idai made landfall (19th of March) is available for download here: //scihub.copernicus.eu/dhus/odata/v1/Products(‘ba8aee87-7cfe-4661-b60c-37fbf7b2a6ce’)/$value