Esri South Africa have developed a model to simulate the rise of water in natural drainage channels created when there is a sudden surge of water through an area.

This model uses a Digital Surface Model (DSM) of the area and applies hydrological tools to model where water would flow along natural drainage channels. This model has been run on a national scale for South Africa, but it is possible to analyse other regions using the JAXA ALOS World DSM. (//www.eorc.jaxa.jp/ALOS/en/aw3d30/index.htm).

The model is not a flood line model in the traditional sense as that would incorporate many other factors such as surface permeability, rivers and structures to name a few. Once the drainage channels are identified, the model indicates the areas that would be affected by water levels rising in these drainage channels. Knowing where the areas are that could potentially be inundated with a water level rise allows users to overlay other risks that may be affected, such as dwelling points or other assets and infrastructure.

Since the model was developed, there have been a few flooding events in South Africa. Below is an example of a flooding event that took place in Badplaas (Mpumalanga) on the 28th of December 2018. The light shade of blue illustrates the area that would be affected if the natural drainage channel had a rise of one meter in water level. The dark blue illustrates the areas that would be affected if there was a two meter water level rise. //www.enca.com/news/badplaas-resort-mops-after-flash-floods 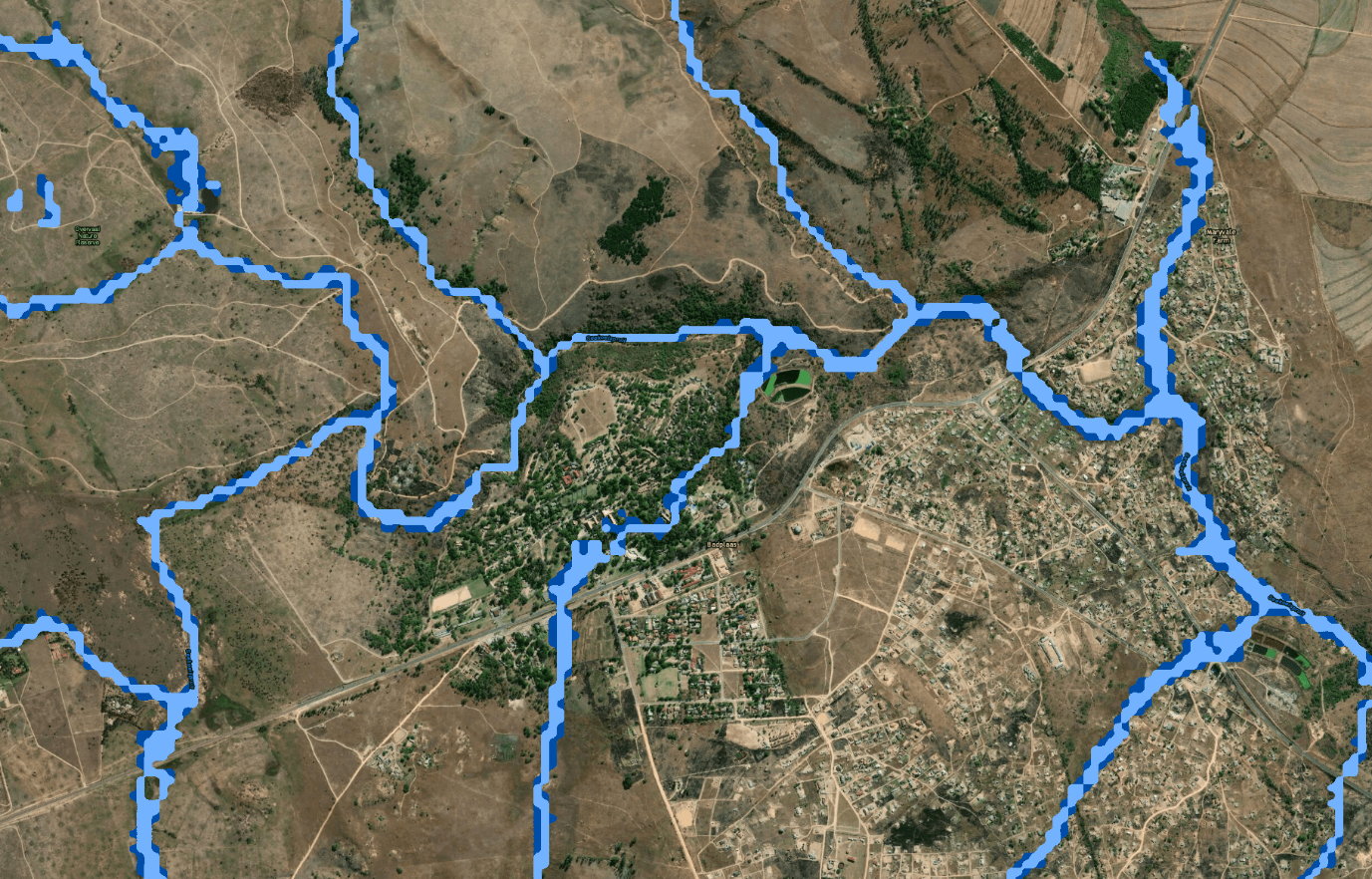